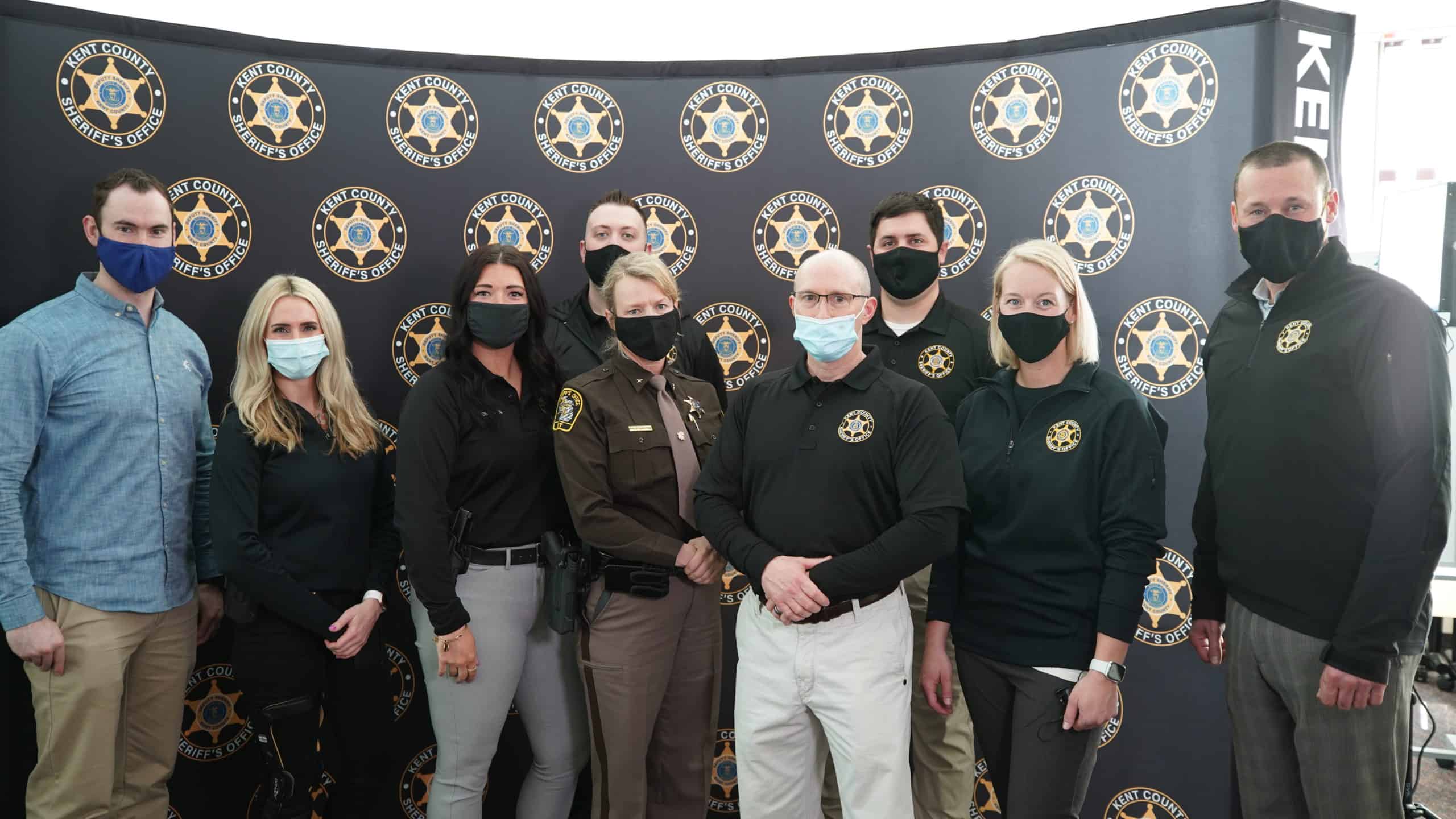 At Compass College, we believe great visual story-telling can make communities a better place to live in. We want to help local private and public sector voices better understand the power and art of visual story-telling, and we’re very thankful that last week we got a chance to do just that.

The Kent County Sheriff’s Department recently reached out to us to ask if we would train a team of six officers as part of a new media team. Our training sessions, which we gave free of charge, were held March 23-25, with our own Aaron Greer leading the sessions.

“We want to bring our expertise to local governments and small businesses that wouldn’t have the financial resources, skills, or internal team to pull off this kind of storytelling,” Aaron said. “As a film college in Grand Rapids, it’s very much about serving our community and building relationships.”

The goal was to help the officers understand the importance of video story-telling, and train them to shoot and edit videos for the department’s internal marketing and training, as well as for community resources.

The training was broken up over a three day process: day one focused on pre-production, day two focused on production, and day three focused on post-production. He had the officers go out and film their own footage, then taught them how to load footage onto the editing software, cut it, edit it, and make it look polished. Aaron also walked them through editing drone and body-cam footage, applying the tried-and-true Compass concept of “learn the theory, then put it into practice.”

“I was trying to find a balance between basic function and giving them a better understanding of the creative process,” Aaron said. Film-making isn’t just a technical process. It’s about understanding audiences and why stories matter to them. Aaron’s sessions also included discussion about how to understand the film theories behind transforming unedited film into a compelling story. “It’s about building and strengthening relationships, and video is a very powerful tool that can do that, especially when you break through the barrier of the screen and touch the human level,” Aaron said.

Fox 17 was able to stop by for a portion while the team was conducting a round of practice interviews. Take a look at the full story here.

Apply Free Today
<< Back to Blog