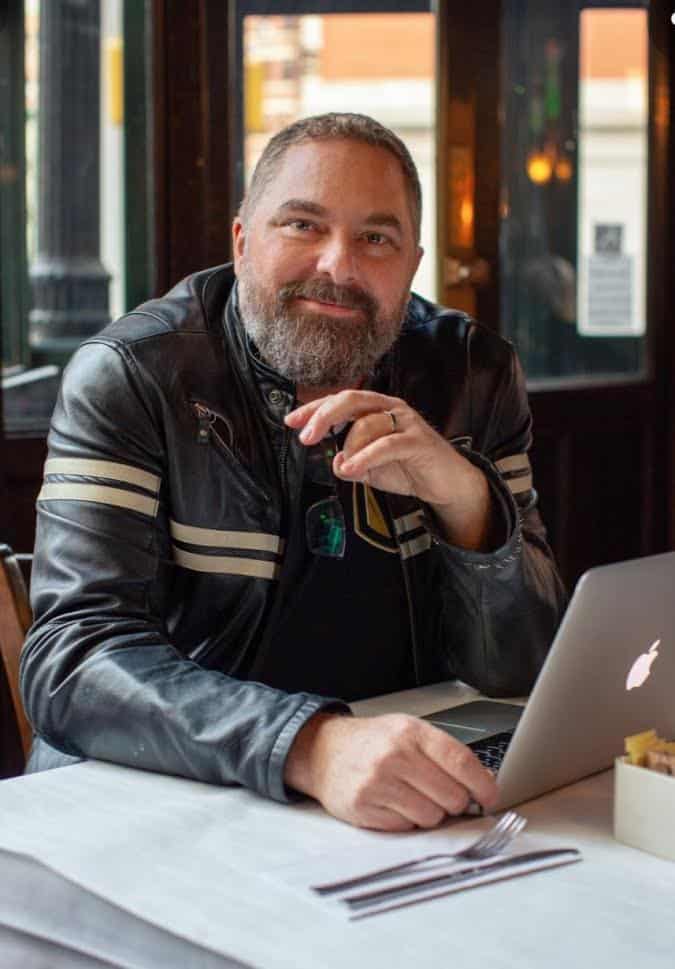 The Stories in Film Series continues with accomplished writer and producer, Todd Komarnicki.  Todd's big breakthough was producing the film Elf starring Will Ferrell.  Since then he has gone on to write and produce several films and TV series.  His writing credits include the critically acclaimed film Sully, directed by Clint Eastwood and The Professor and the Madman starring Mel Gibson and Sean Penn.  Todd loves to share his wisdom with upcoming writers, and his advice is simple; never stop writing.

A common question that came up from our webinar guests was how do you know when you've made it?  His answer was not to rush making it, but to become great.  "You have to learn the craft ... sort of like making chairs.  I think the problem with most young writers is that they're in too much of a hurry to get people to sit on their chairs, and they don't know how to make a chair yet."  It takes time and hundreds of drafts to learn the subtleties of what makes a screenplay great.  Just because you have a script doesn't mean it's good.  A great story takes practice and you only get that by writing, writing, and more writing.

2. Earn the right to rewrite

Todd pointed out one of the greatest downfalls of young writers is not completing their story or getting too focused on one specific scene.  His advice was,  "You cannot rewrite a word of what you've written until you have written the words 'The End.'  You have to earn the right to rewrite."  It is very easy to get caught up in making one scene perfect, but too much time passes and passion for the story is lost.  Before you begin to polish your words, make sure it has a beginning, middle, and end.

Some questions were asked about genre writing, script length, and when to submit a script.  Todd responded, "Dream big.  Dream huge.  You have no idea the size of the dream God has for you."  This industry has thousands of talented people all trying to have successful careers.  It can be a long road, which often persuades young creators to abandon their dreams.  Todd has seen talented people come and go, but it's the ones that stay in the fight that thrive.  "Everybody gets writer fatigue, everybody wears out, and the people that you love are the people that don't give up ... talent is a lot easier to find than stamina."  God put this creative fire in our hearts to tell stories.  We have to keep moving forward and be ready when God opens the door to that great opportunity.

Todd shared deep insights on what it takes to become a writer in Hollywood.  Don't rush the process, learn all there is to being a great writer by always writing, dream big, and finish your story.  The world will never lose its appetite for great stories.  Stories challenge preconceptions, the human identity, probe emotions, and analyze history.  We are called to write these stories.  Will you answer the call?  A huge thank you to Todd for sharing his wisdom with us.