Filmmakers view the world through a different lens. You want the rest of the world to see what you see. You belong at a school where filmmaking is more than just a way to earn a living - it's your chance to live out your life's mission.

LETTER FROM THE PRESIDENT

This coming year represents Compass College’s 25th anniversary! When we began in 1997, we were the Compass Film Academy and offered a 6-week certificate program. Over the years, we have grown and now offer an associate’s and bachelor’s degree program. Like the film and media industry, Compass has morphed to offer cutting edge technical training to prepare each generation of story tellers.

As we examined our rich history to date, we have discovered two very important things. First, while a number of Compass alumni work in film and television, a growing number of alumni are working in media industries like marketing, advertising, sports, and nonprofits. The media space is growing and changing right in front of our eyes, as content is now accessible through a variety of screens-phones, computers, tablets, and more.

Second, we realized that the word “cinematic” is not a part of the vernacular like it was 20 years ago. Today, it’s much more common to say “movie” or “film”, rather than “cinema”. It also refers specifically to motion pictures, and we have grown to encompass so much more than that.

At its core, a Compass College education teaches our students the art of storytelling across many media platforms–not just film. Businesses and nonprofits are wanting to share their stories with the world now more than ever. Our alumni are filling that need with the skills they have learned at Compass College.

In light of this revelation, we have decided to change our name. Beginning January 1st, we will become Compass College of Film and Media. We sense this new name better represents what our alumni are doing in the industry and clarifies what we teach and launch our students into upon graduation. We believe the career opportunities for our creative students and alumni are growing and the best is yet to come!

We are excited about laying the foundation for the next 25 years to prepare visual storytellers.

Blessings on this new year! 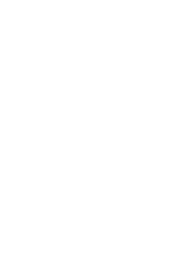