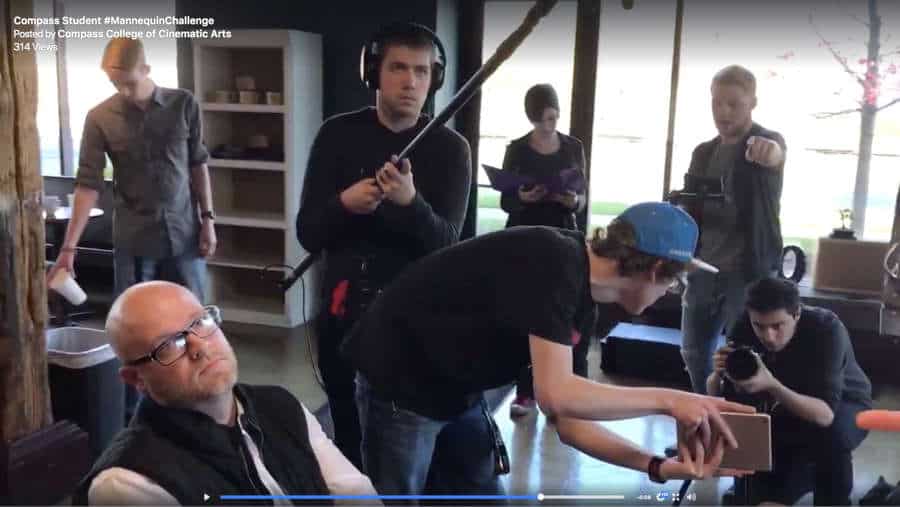 GRAND RAPIDS, Mich. (November 15, 2016) — The latest viral video craze, 'The Mannequin Challenge,' is sweeping the nation and local film students from Compass College of Cinematic Arts in Grand Rapids joined in to show off their craft. In the video, the students stand frozen in various positions while a cameraman weaves through them highlighting all of the different roles on a film set.

"It was a great morale booster to do the Mannequin Challenge after a busy morning on set," said Zach Righetti a freshmen at Compass College and the film's producer. "It was fun to rally around it together as a group."

Viewers can watch the final product on the Compass College Facebook page: https://www.facebook.com/compasscollege/videos/1130909423612207/