Former Ad Agency Partners, Hanon McKendry, Reunite on a Project for the College They Co-Founded 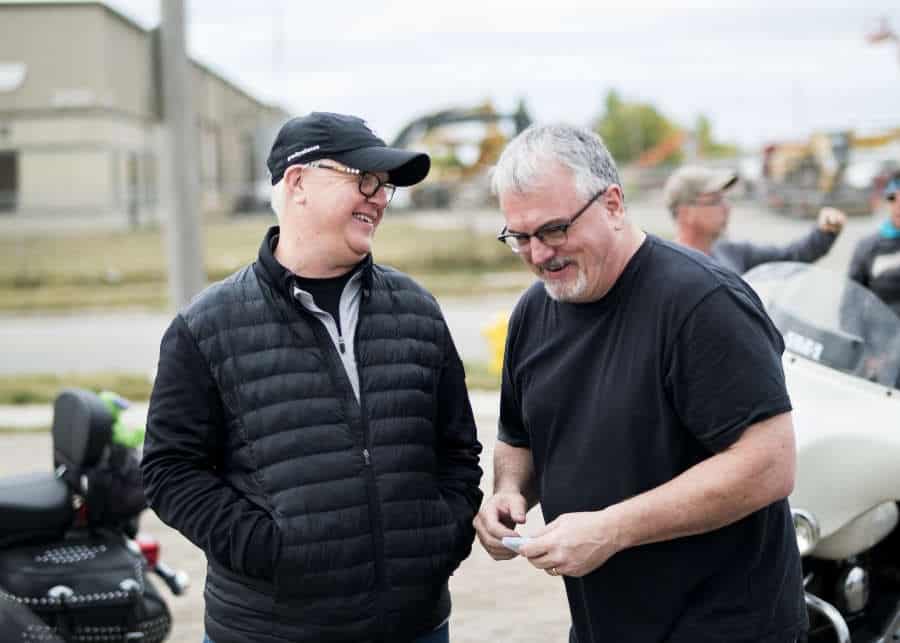 GRAND RAPIDS, Mich. (October 10, 2017) — He’s directed Super Bowl commercials, created award-winning feature films, and worked with stars like Michael Jordan and Larry Bird. Now, former Michigan filmmaker, Jim Hanon, is back in town. This time, to tell the story of Compass College of Cinematic Arts, the Grand Rapids cinematic and media arts college he co-founded almost a decade ago.
Hanon teamed up with former business partner, Bill McKendry, and JDA Worldwide to shoot two high-end TV commercials featuring the college’s students on and off camera. Filming occurred in some of West Michigan’s most cinematic locations, from the Ludington coastline to the Grand Rapids skyline.

"Michigan has always been meaningful to me," said Hanon. "In 1997 I co-founded Compass Arts with Bill McKendry as an offshoot of our production company Hanon McKendry. To see the growth and success of the institution that our original idea seeded is incredibly rewarding."

"Many people in the area are familiar with Hanon McKendry the ad firm and its storied history," said Bill McKendry, co-founder of the former ad firm Hanon McKendry, which was acquired by JDA Worldwide in late 2015. "The lesser known story is how our firm seeded the start of what now is Compass College of Cinematic Arts. For Jim (Hanon) and I to come full circle to create and produce a commercial for the college is both surreal and a true honor."

Compass students won’t be the only people learning on set. Russian film students, who participated in one of Hanon’s global film seminars in Russia, will join the crew. Their presence will create a valuable education exchange, offering both parties the opportunity to develop a more global perspective of filmmaking and to experience a cross-cultural collaboration.

The shoot takes place in Ludington on October 4, and in Grand Rapids on October 5 and 6. For specific times and locations, please contact Public Relations Specialist, Jessie Hollett at jessie.h@compass.edu or (616) 988-1000.