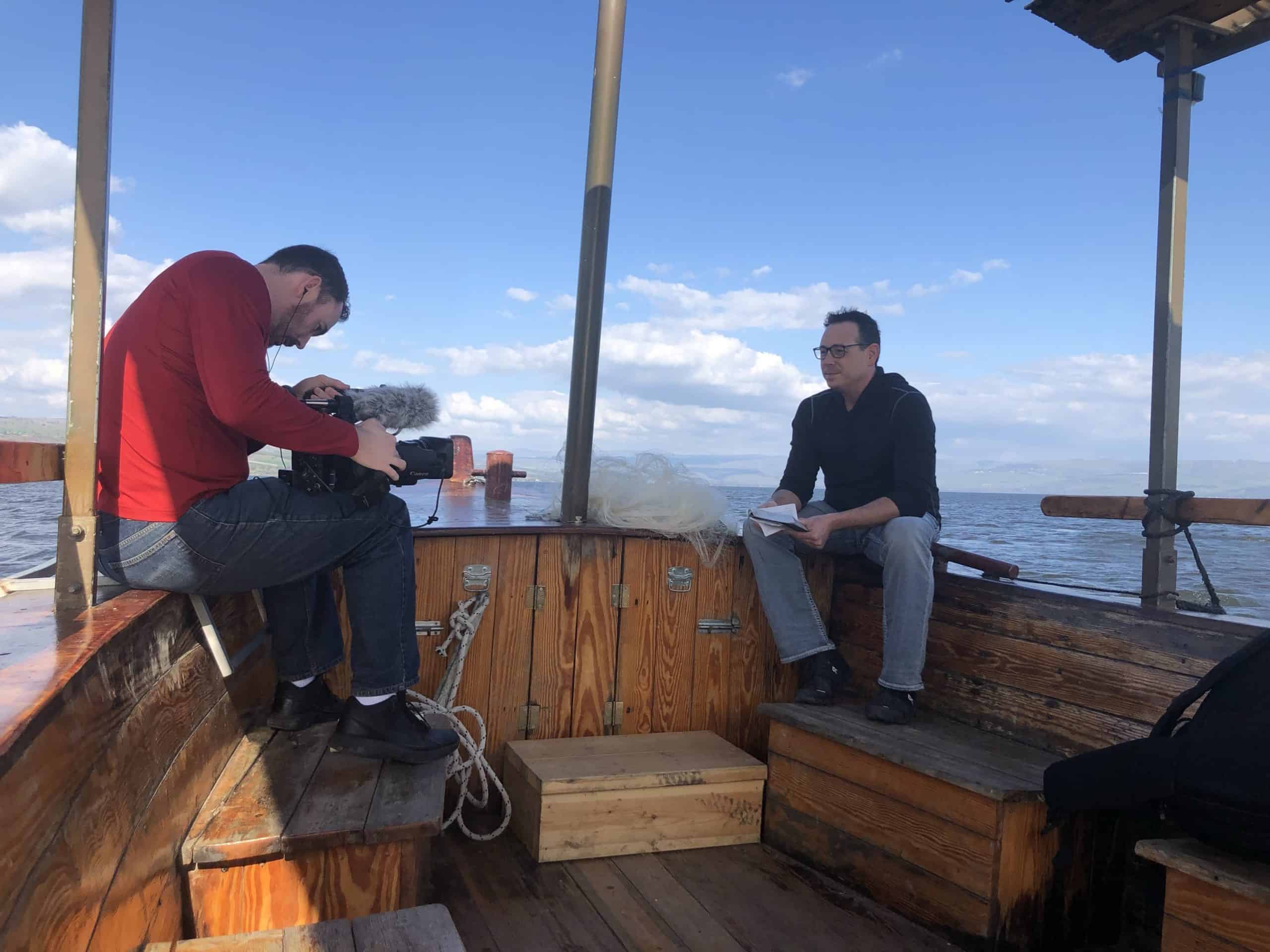 Two weeks ago Compass alumni, Aaron Greer, got the opportunity to film a bible teaching series in Israel.  Now that he has returned from his film project, Compass wanted to share this unique story and how it affected the filmmaker.

Hello to the Compass community and everyone who found our blog.  I'm excited to share with you about my experience filming in Israel.  It was my first time filming overseas, and what a place to go for a first time.  Three key places really struck a chord with me, and changed me not only as a filmmaker, but as a person.

The first location we filmed at was Mount Carmel.  This was where the prophet Elijah had his standoff with the priests of Baal, and the competition was for the soul of Israel.  Being our first day, first location I was nervous, excited, and unsure how this was all going to go.  I had planned it all out in my mind, but it changes once you get to your set...and mine was a mountain (literally).  I love history, so knowing the backstory of this mountain I was expecting a more flat top almost like a stage overlooking the valley.  If anything it was more rocky and full of green bushes than I expected.  It took us a while to find a location isolated enough to not get crowd noise.  That location ended up being a hidden spot off a dirt path, that began to go down the mountain (right picture).  On my screen, I could see the vastness spread out below us, and it hit me how intense and scary it must have been to be on the ground during this engagement where suddenly a flaming whirlwind comes down and strikes the top.  It would have been impossible to miss, and knowing the situation I'll speculate God did not send a little fireball down.  The size of it all just made me realize how big God's action would have been.  Once we wrapped this first day I felt a huge sense of relief that what we were doing worked.

The most impactful location for me was the Sea of Galilee.  We had the great opportunity to actually film on a built-from-scratch, fisherman's boat.  Being on such a small boat that might have been the same size as the disciples' boat just made the whole location come alive to me.  There was an atmosphere of calmness and spiritual peace.  Filming in such an intimate setting you realize it's not a big body of water.  You can see the other side's shoreline.  Yet on this small body of water, many wonderous things occurred.  I don't think I could read the passages about this sea the same way again.  I admit, I felt closer to God floating out on the water.  That feeling was what I was hoping to experience on this trip.

The final location that stood out for me was the fortress of Masada.  It's not in the bible.  It's more a historic Jewish site that played a key role in the First Jewish-Roman War.  This fortress is carved into a mountain that stands alone from all the other mountain ranges in the area.  Once we got on top you just saw the engineering and vastness of how many people lived on this mountain during the rebellion.  I've read so many history books about wars and fortresses of ancient times, but walking through one of this scale just blew up my imagination.  I felt the mistakes and heroism of the past.

How did this trip change me as a filmmaker and as a person?  I think as a filmmaker, I took away a renewed desire to capture honesty in front of the camera.  Personally, I know my faith was deepened by the experience.  I realized how small of an area the bible takes place in, but everything that happened has had a profound impact on the state of our world today.  For such a small country that you can drive through in a day to leave such a mark on the world I believe can only be a God thing.  I hope the footage I got does its beauty even a small justice.  I know that I will never read scripture the same way having walked where so many influential people have walked before me.  This kind of experience is what I hope every filmmaker gets at least once in their career.

Does this sounds like an experience you would like to have? To be empowered as a visual storyteller, start your journey by applying to Compass College.